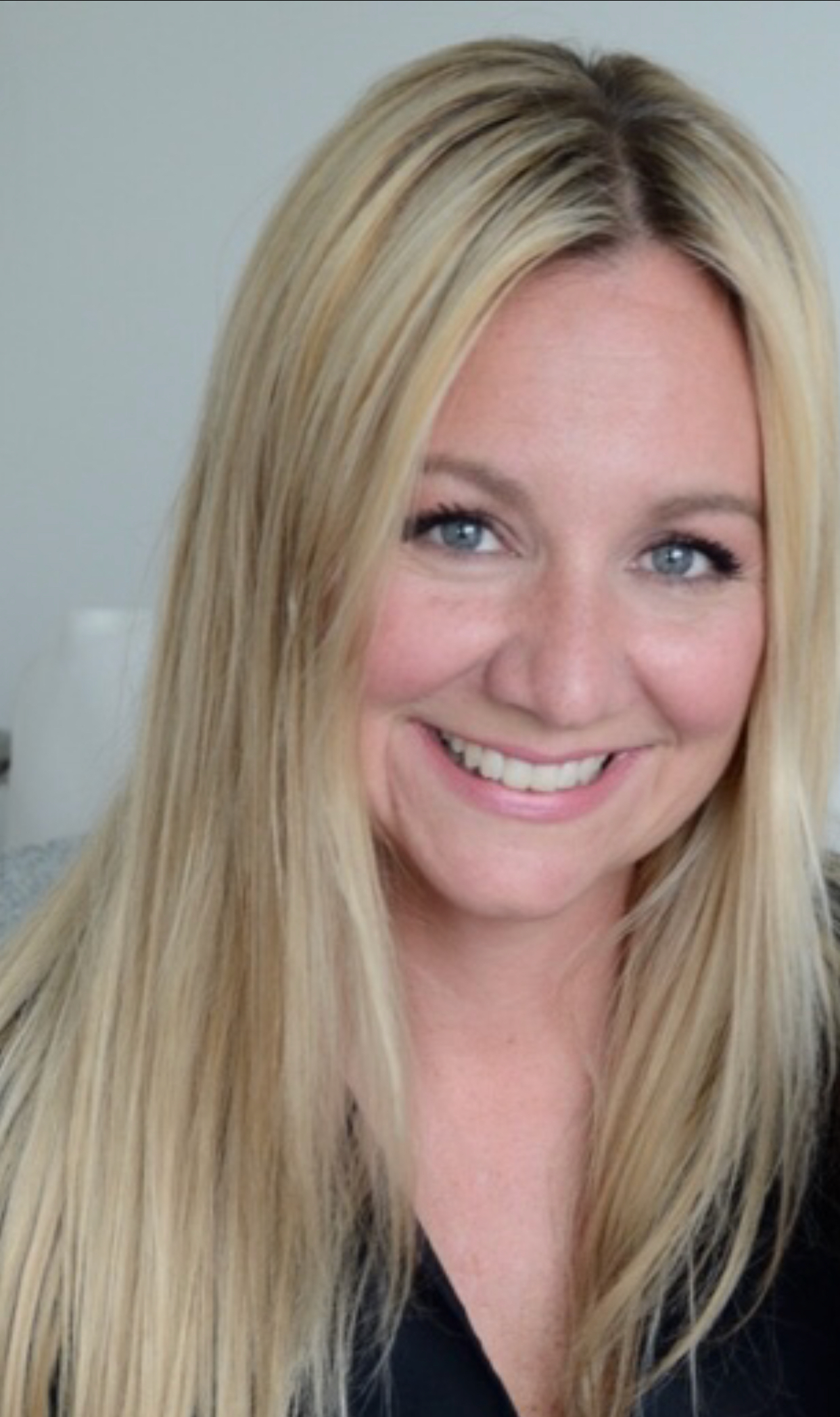 BIO Tracey Miller-Smith A Professional Makeup Artist and Licensed Cosmetologist, Tracey has spent over 25 years working and creating character looks on major Motion Pictures including Hunger Games Catching Fire, Mockingjay I and II, The Accountant, Insurgent, Allegiant, Logan Lucky, Father Figures, Fast and Furious, Antman, Avengers, Guardians of the Galaxy Zombieland II and Television shows such as Lee Daniel’s STAR (FOX), Halt and Catch Fire (AMC), The Walking Dead (AMC), Nappily Ever After (NETFLIX), Foxworthy’s Big Night Out (CMT), to name a few. When Tracey is not working on a Motion Picture she is splitting her time between her National Commercial clients Apple, Under Armour, Verizon, Adidas, Home Depot, Zaxby’s Little Debbies, Delta Airlines, Rooms To Go, Titleist, Bridgestone, Kia Sorento and Chick Fil A with her Sports Broadcast and Political Clients for ESPN, MLBNetwork, Univision, NASCAR, USTA, NBA, WNBA, PGA, CBSSports, TurnerSports, CBS, ABC, and NBC. Tracey is well versed in many aspects of Makeup and Beauty. Her career really kicked into high speed at CBS in Los Angeles for Daytime TV with The Young and Restless, Bold and Beautiful and Price is Right before Hi Def Cameras were used. As a result, she was part of the movement which had to trail blaze and innovate new ways to achieve an on camera look. By finding different solutions and products to work with these new cameras, Tracey was able to establish herself as an expert. Designing the look of the commercial, film or TV characters whether present day or a specific time period really brings out the creative side in her. Achieving these makeup looks encompasses many hours of research, reading the script or storyboards, discussing ideas with the Creative Director/Director, as well as, collaborating with the actor all before finding and using just the right products and techniques necessary to achieve and sustain these looks for the several hours necessary to film. Tracey is passionate to bring characters to life. When an actor/personality such as Daniel Craig, Owen Wilson, Arnold Schwartzenegger, Hilary Swank, Jackee Harry or Ariana Huffington leaves her chair they have the confidence and trust their look is appropriate, and ready for their close up. When she is not on set, she is continuing to educate herself on the latest and greatest artistry techniques which hone her skill-set, and enjoying her favorite past time of looking for new beauty finds curated from all over the world.

Makeup artist and designer Nikoletta Skarlatos first fell in love with her art form as a child in Greece. Since then, she has collaborated with acclaimed filmmakers, top design houses and internationally renowned photographers. Skarlatos applies her passion and knowledge in the design and creation of richly cinematic characters. Skarlatos’ diverse body of work can be seen in Pirates of the Caribbean: Dead Man’s Chest : At World’s End, Miami Vice, The Soloist, Immortals, The Hunger Games Series, Flight, Solace, Free State Of Jones, The Perfect Guy, Spiderman, Blue, Future Man, Lee Daniel’s Star, and the Netflix film, Nappily Ever After. She has been named the Global Beauty Director for Julie Hewett from 2009-2019. She has collaborated with the House of Chanel and the Estee Lauder Corporation as makeup artist, makeup designer and product developer. In addition to recent film work, Skarlatos’ makeup design can be seen in major marketing campaigns and on the pages of Interview, BlackBook, In Style, Entertainment Weekly, Vogue, Elle, Ebony and Vanity Fair. Skarlatos lectures globally about biodynamic skin care and nontoxic alternatives in the makeup industry. She was the Hollywood Makeup Guild speaker for the Huffington Post’s “Greening of Hollywood: Guild by Guild” in 2009, and was honored as the special guest of Conexa Beauty at Art by Avon International in Sao Paulo, Brazil in 2011 where she performed as educator, judge, and motivational speaker. She was honoured to be guest speaker at the prestigious Cal-A-Vie Spa in Januaryof 2017, lecturing on beauty, makeup, and rejuvenation and will lecture in July 2019 at Cal-A-Vie again. Skarlatos was awarded the prestigious PMAC Film Maqui Award for 2018, truly an honour. She was nominated for Saturn award for Best Makeup for the epic film “Immortals”, She was nominated for Best Period and Character Makeup for the Makeup and Hiarstyling guild awards 2015 for th Mockingjay Part 1. She was nominated for Best Special Effects makeup for the Makeup and Hairstyling guild awards 2014 for Catching Fire Nikoletta has devoted her career to education , creativity and fraternity amongst the global makeup community. Her relationship with Atlanta and it’s community of artists is and has been a joy since she first arrived in 2010 for FLIGHT. 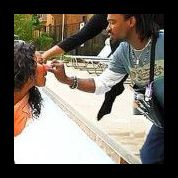 Through his hard and exceptional work, Keitric Starks has propelled himself as an independent entity in the makeup industry for over 15 years. His extensive list of clientele include Anika Noni- Rose, LisaRaye McCoy, Tasha Smith, Sharon Leal, Stacey Dash, Lauren London, and Oprah Winfrey just to name a few. His distinguishing work can be seen in film on Tyler Perry’s For Colored Girls, Anchorman 2 , and the anticipated upcoming sequel to the Hunger Games: Catching Fire . Keitric has worked on popular television shows such as Single Ladies on VH1, and the OWN Network’s For Better or Worse , and The Haves and The Have Nots. His work has been showcased on numerous televised commercials and on magazine covers. Always learning and evolving, Keitric shows no sign of slowing down and continues to strategize building his brand into a full beauty enterprise. 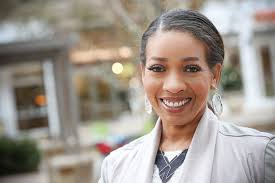 Nyssa Green is owner of The Green Room Agency and multiple Emmy Award winning makeup artist. Her firm represents a host of talented pros in hair, makeup, and wardrobe that work in all aspects of media. Starting out as an award winning hairstylist, Nyssa eventually took an interest in makeup. With a fierce mix of curiosity and tenacity she has become a top makeup artist, industry expert, and TV personality. As a reliable and creative source, clients like MTV, BET, HGTV, and CNN have trusted her to create looks for their shows. Her work has been in publications such as People, Upscale, Real Simple, Charisma, and The Atlantan. Her skill and ingenuity have led her to work with singers, athletes, actors and more, including: Ana Ortiz, Sheryl Underwood, Alicia Keys, Ne-Yo, U.S. Presidents, Dr. Oz, Real Housewives of Atlanta, Ryan Seacrest, and many, many more! In addition to running the agency, and working as an artist, Nyssa makes regular appearances on WXIA’s Atlanta &Co. to discuss, fashion and beauty, and on WGCL to present her “Local Love” segment. She is the former host of TV One's hit show, "Makeover Manor", Macy’s Fashion Challenge host, and contributor for several magazines and blogs. 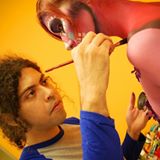